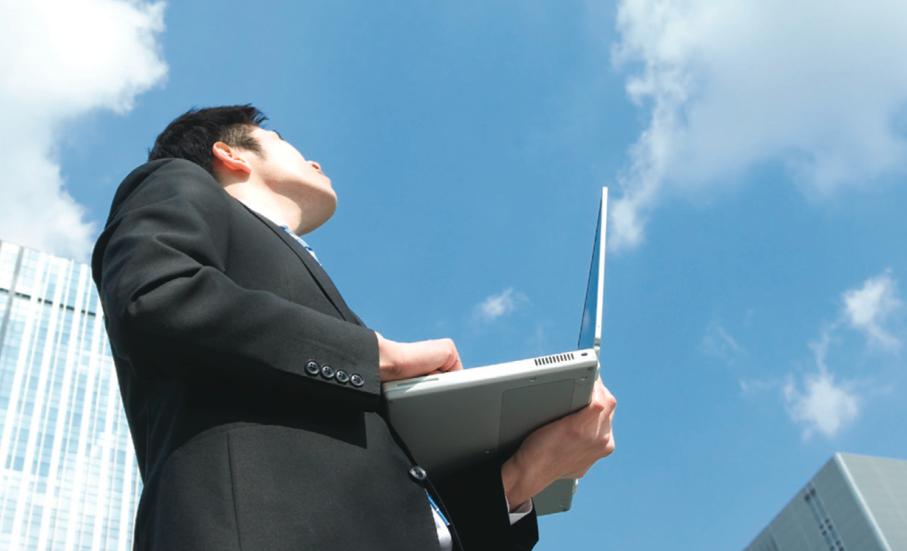 Cloud business, cloud technology
There are two definitions of cloud computing. The first is the technology definition: clouds are self-service, multi-user, pay-as-you-go computing platforms built atop virtualization, automation, and a separation of the user’s environment from the underlying architecture. The second is the business definition: clouds are IT that somebody else runs for you.

Both definitions are useful and important to enterprise IT. But it’s important to distinguish them: a pure software-as-a-service offering requires very little configuration, and is billed according to the number of users. On the other hand, a private cloud requires effort to deploy and operate, and must be purchased in advance. Figure 1 shows examples of some cloud technology, cloud business, and “classic” cloud models.

Infrastructure, platform, and software
The most commonly accepted landscape of cloud computing divides clouds into three distinct categories: Infrastructure-, Platform-, and Software-as-a- Service. While all three rely on self-service, elastic, pay-as-you go business models, they differ widely. Most importantly, certain workloads are better suited to each model.
The following table shows the three kinds of cloud within this definition.

Public and private
The third distinction is between public clouds—those connected to the Internet directly, with public IP addresses, generally designed to be accessed by many people—and private clouds, which are part of your own network topology. A Virtual Private Cloud, then, is a machine offered on demand by a third party, but accessible only to you through your private network.

It’s all about what you move
Clearly, there are many dimensions to cloud computing, and it’s a confusing landscape. Ultimately, a cloud offering can be classified in terms of the business relationship between the user and the provider; what’s moved into the cloud environment; and how accessible the applications are to the outside world. Don’t let the confusion deter you: the advent of on-demand, elastic, self-serve computing platforms represent the most significant shift in enterprise IT in a decade.